Back to Founder Stories

Labfresh find a new way to fund their business with Wayflyer

Lotte Vink and Kasper Petersen are on a mission to solve the problems of the modern man. As founders of Labfresh, they have created a collection of premium cotton fabrics that avoid stains and odors. With support from Wayflyer, they've grown their business, pursued their mission and avoided the stress of having to use traditional funding providers along the way. This is their story.

The stress of traditional funding

In 2013, Kasper Petersen was working at one of the world’s top shipping companies. He wore a suit and tie and travelled all around the world. However, he had always dreamed of having his own company. “I always wanted to start my own thing but it was always too scary”, says Kasper. In 2013, he finally took the leap and founded his first company, Cloakroom.

Cloakroom was a huge success. Kasper and his team raised investment from VCs and scaled the business to 55 employees, before eventually selling it. This was a great outcome for Kasper, but it also came with a lot of stress along the way. With VC investors and bank loans, Kasper and his team were under constant pressure to hit targets and scale quickly. His experience with Cloakroom left him thinking; “Is there a better way to do this? Is there a way to do this again but without so much stress, letting me enjoy the ride?”

He chatted about this with his fiancé at the time, Lotte. They were both interested in starting another company but didn’t want all the stress that came with taking on a lot of VC investment or bank loans.

That was when they came up with their next idea. Lotte and Kasper founded Labfresh, a company focused on solving the problems of the modern man. But this time, they were going to do it differently. They committed to not take any funding that would cause them stress. Instead of reaching out to investors, they first reached out to a different group of people… their customers.

Lotte and Kasper used a crowdfunding campaign to raise over €1 million to develop their first range of stain and odor repellent clothing. With this funding, they were able to get Labfresh off the ground, source materials, develop custom technology and build out their team.

Since Lotte and Kasper founded Labfresh, they have grown every year, launching new products and entering into new markets. They are now in over 98 countries and have even appeared on the Dutch version of Dragon’s Den.

But as they grew, they faced a new set of problems. Because all of their clothing is custom made, using specific fabric and new technologies, it can take a very long time for them to get new stock. “It can take months, if not years, for us to get a new fabric which we use for our clothing”, says Kasper. This had a big impact on Labfresh’s cash flow;  “there is a lot of upfront cost and that puts a big strain on your cash flow”, says Kasper.

As Labfresh grew, more and more men wanted to buy their clothing. But Labfresh would regularly run out of stock. “The main thing holding back our growth was not having enough stock, this massively limits the number of people who can buy from you”, says Kasper.

Even though they had this cash flow problem, Kasper and Lotte wanted to avoid bringing on external funders who would cause them stress. They also found that banks were not willing to provide them with funds, even though they were profitable; “If you’re an established company, you can get a loan from a bank. But if you’re only 1 year old and have run crowdfunding campaigns like on Kickstarter, the banks aren’t interested in you”, says Kasper.

Kasper and Lotte started chatting to Wayflyer in 2020 when looking for a solution to their cash flow challenges. Wayflyer was able to provide Labfresh with the cash they needed to buy their inventory.  With this cash, Labfresh were able to make bigger, more frequent orders which meant they had no longer needed to worry about being out of stock.

This led to more sales and faster growth. Bigger orders also meant better prices from their suppliers and lower shipping costs, all helping to increase their profitability.

Labfresh have grown every year since they were founded and have big plans for the future. They are developing more and more innovative products and are expanding into new markets. They’re launching their flagship store in Amsterdam and will start selling in department stores around The Netherlands and Denmark. Lotte and Kasper are excited to expand into the physical world of retail as it gives them the chance to get even closer to their customers - “our office is right above our store. We invite our customers to come say hi, or even have a beer with us”, says Kasper.

Lotte and Kasper have grown Labfresh into a very successful, profitable business that is loved by their customers. But maybe even more importantly, they’ve avoided a lot of stress along the way!

What our partners say

“It can take months for us to get a new fabric which we use for our clothing. This means a lot of upfront cost and that puts a big strain on your cash flow. Wayflyer have solved this issue for us, taking away all the stress.” 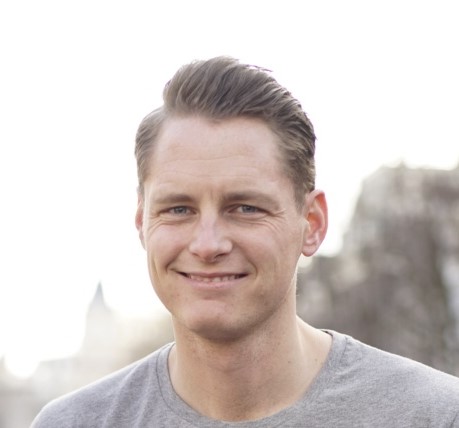